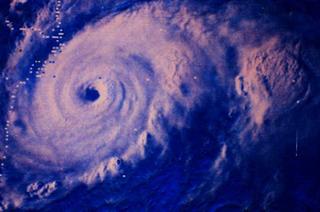 Wrath of God?
I'm kind of reaching out on a limb talking about this topic at this time, but what the heck. As Catholics we shouldn't be afraid of anything, right?? I'd like to talk about natural disasters, which of course at this time includes Hurricane Katrina. I of course offer my prayers for all the victims, both living and dead, of Katrina, but I think that this topic should be brought up.

I've often thought this year about all the natural disasters we've had. It seems like we've had one hurricane or tropical storm after another. In my area of the world, we've experienced a water shortage--albeit a rather minor league one--since early this spring. Has anyone ever thought that perhaps all the weather related problems we've been suffering just might be the actual--not allegorical--wrath of God? Now God is of course slow to anger and rich in mercy, but He only has so much patience. Let's face it people, America is a sinful, hedonistic, evil country. We abort or unborn by the millions each year (a sin which in my opinion is worse than the holocaust--at least the victims of the holocaust had voices to cry out with), we use contraceptives like they were multivitamins, we use our fetuses for scientific experimentation, we fornicate, co-habitate, and commit adultery left and right, and we've tolerated and accepted the homosexual lifestyle to the point that as we speak, the idiots in the California state government have voted to allow gay marriage (the "honorable" Governor Schwarzenegger has not committed one way or the other as far as approving or vetoing it). What would you say, are we the model of Christian moral living? No!

But what about all the innocent victims of Katrina? As is the case with all sin, the innocent often suffer just as much or more than the guilty--it all goes back to Adam and Eve. They sinned, and pain and suffering entered the world. So what's the solution? Embracing Christ and His Church. Will it end the pain and suffering? No, but it certainly makes it more than pointless.
Posted by Nick at 7:21 PM